How to Damp Proof Walls 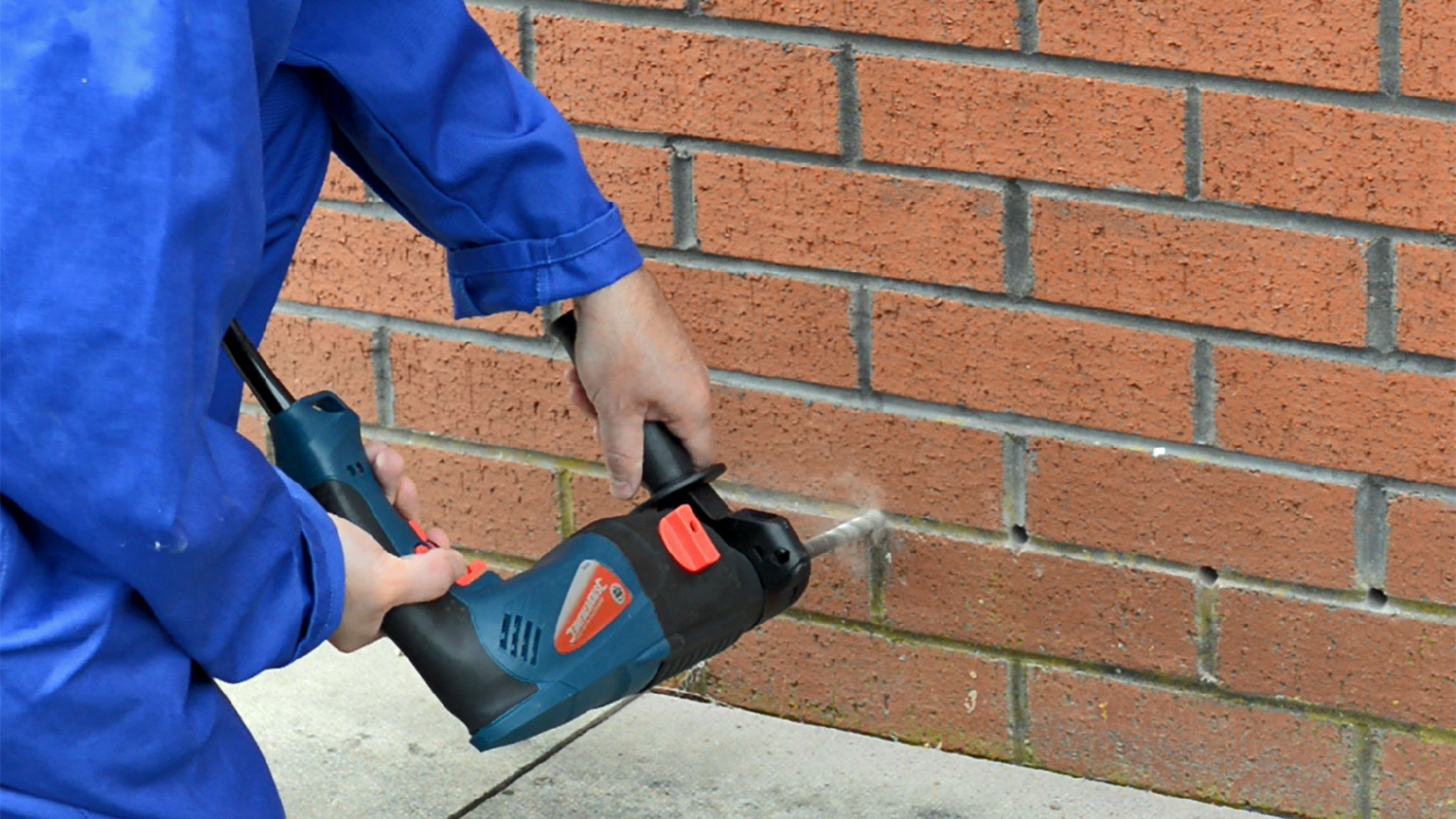 Damp proofing is the term used to describe a method of treating rising damp in walls as opposed to humidity control, which combats condensation, or waterproofing, which safeguards against penetrating dampness and water infiltration via other sources.

As the title of this guide suggests, it addresses the primary considerations of how to control rising damp in walls.

What is rising damp

Rising damp is the spontaneous ascent of water from wet soils into porous masonry walls via a process called capillarity. The water rises through narrow pores in a masonry wall, despite the coun­­te­­rac­­tive force of gravity. Capillary action is the outcome of two opposing forces:

The capillarity of a liquid is said to be high when adhesion is greater than cohesion, and vice versa. The point of equilibrium between cohesion and adhesion, combined with the rate of absorption and evaporation, determines the height to which moisture can climb.

In simplistic terms, porous masonry absorbs moisture in a slower but comparable way to that which a sponge soaks up water.

What is a damp proof course

A conventional DPC is a physical waterproof barrier laid along a bed joint at the base of a wall during its construction. Before the Public Health Act of 1875, damp proof courses were not mandatory in all UK buildings. Engineering bricks or overlapping layers of slate formed some of the earliest damp-courses although today, strips of synthetic plastic are the most common type of DPC used in construction.

A crack developing in physical DPC does not form a capillary-pore, and therefore it cannot result in any capillary rise.  Accordingly, the failure of a physical damp proof course is more likely to occur from materials that supply a pathway by which moisture can traverse the line of the DPC.  Raised ground levels, blocked wall cavities and low-rendered finishes are typical examples of how the effectiveness of a physical damp-course becomes compromised.  The first, and often the only, act of damp-proofing is to remove any removable materials that bridge the DPC.

What is DPC injection

Installing a chemical damp-proof-course involves injecting a silicone-based formulation into a series of holes formed along the base of a wall that is suffering from the effects of rising damp.

Contrary to common belief, a chemical DPC does not create an impervious physical barrier. Instead, chemical damp-proofing is an effective method of lining the pores along a stretch of a masonry wall with a water repellent silicone resin. The silicone-lined pores neutralise the charge attraction of the masonry particles to the water molecules, thus reducing adhesive attraction to a level compatible with the cohesive force of the liquid.

The damp-proof injection method is one of the main aspects of treating rising damp in houses.  It is also one of the easiest, allowing trade specialists, builders and competent DIY enthusiasts to install a remedial DPC reliably.

Where should chemical damp proofing be installed

Introducing a chemical DPC system into the bricks or blocks along a stretch of brickwork will not stop the water rising through the perp-end joints. The mortar presents the only continuous passage ascending a wall through which water can climb. Therefore, a mortar bed joint is the only layer able to function as a damp proof course.

Following BS 6576:­2005+­A1:­2012 'Code of practice for diagnosis of rising damp in walls of buildings and installation of chemical damp-proof courses', a DPC should be sited at least 150mm above external ground level and internally beneath ground floor joists, or close to the floor if solid. If the two are incompatible, added measures may be needed to protect low-lying areas and flooring timbers.

Where a wall extends beyond the new DPC, for example, where the wall is part of an extended terrace, there is a need for a vertical upstand to stop horizontal transmission of moisture from adjoining walls. To form a vertical DPC, inject the chemical into holes running in a zigzag pattern that follows the mortar line up the wall to a height of at least 1 metre.

The cream can be injected from either side of the wall, though for cavity walled brickwork, we recommend injection from both sides.  It is unlikely that damp proofing chemicals will prove functional in rubble-filled walls, which are effectively cavity walls filled with rubble.  The use of an electro-osmotic system in such instances is likely to deliver better results.

Which type of chemical DPC is most effective against rising damp

BBA Approved 'Damp-Cure' DPC cream is a silane/siloxane formulation thickened by emulsi­­fica­­tion to create a 100% active cream with no thickening agents.  This composition allows the cream to diffuse more effectively into the capillary pores of masonry walls.

Dispensing sufficient DPC cream to fill holes that are 90% the depth of the wall, and set apart at 100-120mm intervals, ensures adequate dosage for an effective rising damp treatment.

Why replace wall-plaster after a chemical DPC injection

Water drawn up from underlying soils and rocks holds dissolved salts.  As the saline liquid evaporates, generally over a 6 to 12 month period, crystallised salts remain both in the wall and in its plastered surface.

The accumulation of salt crystals degrades the masonry, mortar and the wall plaster.  As salts are typically hygroscopic, they absorb moisture from the air, especially under humid conditions. This salt damp alone can cause the wall and any contacting decorations to remain damp even after the provision of a new DPC.

To comply with BS 6576 fully:­2005+­A1:­2012, replacing salt contaminated wall plaster with a salt resisting plaster mix is an essential requirement in the treatment of rising damp. At least 14 days should elapse between injection of the DPC and the application of new plaster unless using an air-gap membrane to isolate brickwork and salts from the plaster finishes during the drying process.

This DPC injection video shows how to inject damp-proofing cream to stop capillary dampness in masonry walls. Injection of the silicone-based damp-proofing cream is into a series of 12mm holes drilled into the bed-joint utilising a simple injection applicator. The injected DPC cream diffuses rapidly before curing to form a water-repellent damp proof course that treats rising damp in brick and masonry walls.