You can’t put it on your dinner plate but it might turn out to be a bit of a red herring if you don’t look after it! Named after the distinctive shape of its namesake’s skeleton, Herringbone Brickwork is a popular architectural decorative feature on houses, particularly those built in the 1920s and 1930s. The visually-pleasing style of masonry work is created when bricks are laid in a zig-zag formation, each brick resting comfortably at a 45 degree angle to its neighbour. The result is a very attractive pattern and, due to its diagonal nature, it is easy to spot when vertical cracks appear.

A property owner in London recently noticed such cracks in the framed herringbone facade on their property, quickly heading to the Twistfix Find-a-Contractor service to locate a professional to investigate the cause and suggest a suitable remedial course of action. The cracks were particularly worrying as they had appeared suddenly and Permafix-London were quickly contracted to carry out the necessary survey.

Once fully examined, the herringbone brickwork panels were discovered by Permafix to be non-structural - a mere decorative feature that meant the timber frames of the building were serving as load-bearing elements. The inside leaf of the cavity and outer panels were ‘secured’ with cavity wall ties which has become greatly corroded over the years, with layers of rust causing the ends of the cavity tie irons to expand. This had forced the masonry apart, creating the classic visible cracks along the panels, from one tie position along to the next.

The examination continued, revealing areas of Flemish Bond brickwork - this would normally indicate a solid wall construction but in this case turned out to be a cavity wall that had been built with snapped headers between stretchers. In a display of the more typical symptom of the widespread problem of corroded wall ties, horizontal cracks were clearly visible here. 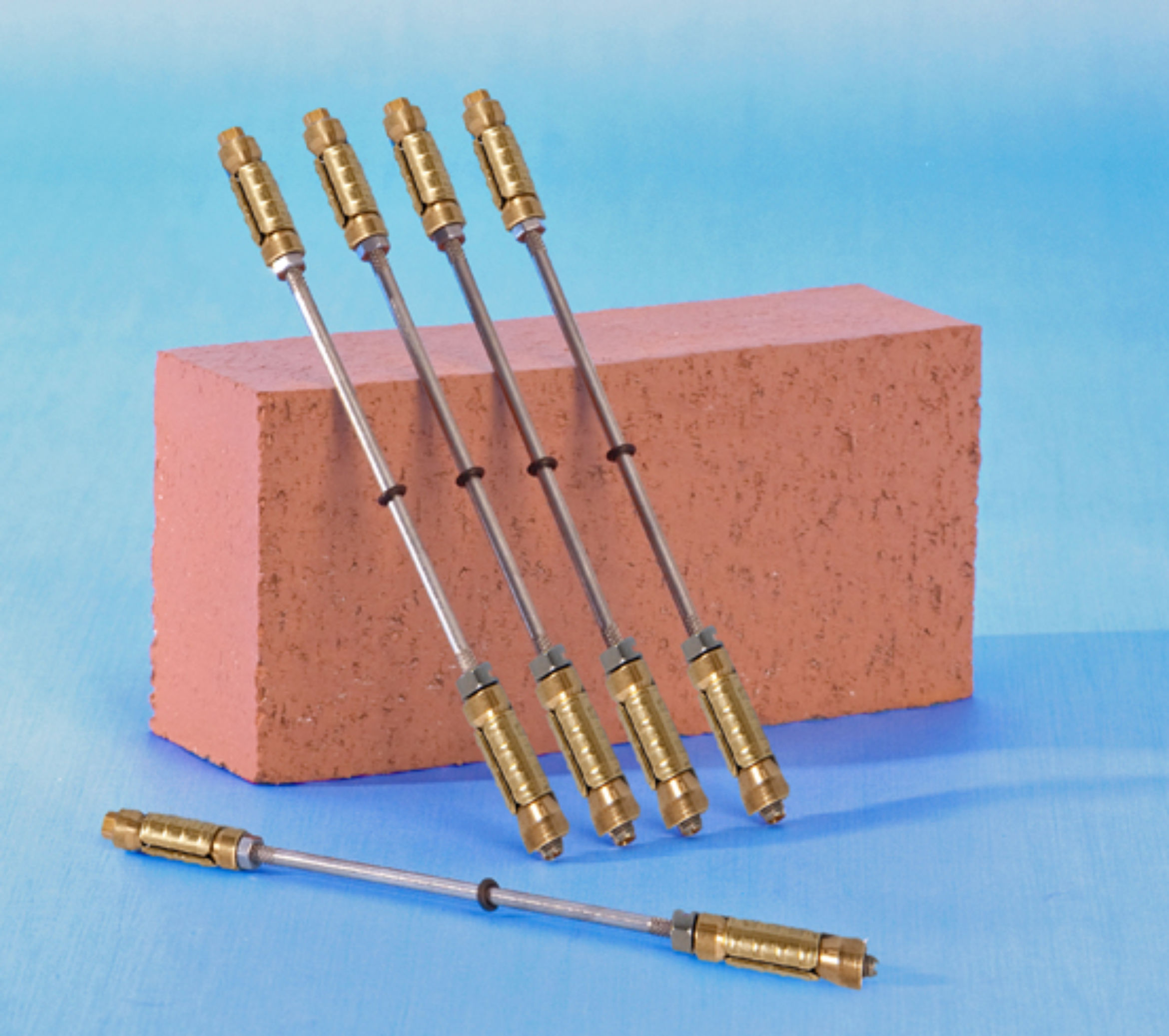 Speaking on behalf of Permafix London, Managing Director David Cole said: “The problem with houses that imitate those of an earlier era is that the construction is never as it initially appears. Once we had established that the issue was simply one of corroding wall ties it was easy to design a solution to remedy the defect using the guidance published in Building Research Establishment Digests 329 and 401.”

To rectify the issue, Permafix contractors used almost 300 mechanical wall ties from the comprehensive Twistfix collection of masonry repair products. The new ties will fully absorb all expansion forces to prevent further movement and cracking, with all the work sympathetically concealed and the original aesthetic fully restored.